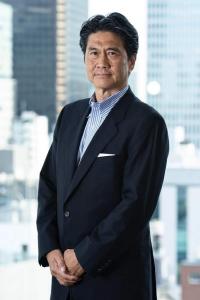 Jun Kawakami who will become Rigaku CEO as of January 31.

Jun Kawakami will take over as Rigaku CEO effective January 31. He brings extensive management experience and will guide them towards a successful IPO.

I am confident that his leadership will help Rigaku fulfill its global growth ambitions and reach its goal of a successful IPO”
— Hikaru Shimura, Chairman of Rigaku
TOKYO, JAPAN, January 25, 2023 /EINPresswire.com/ -- Rigaku Corporation (“Rigaku”), Japan’s leading manufacturer of X-ray analysis, measurement and testing instruments, announces today that Toshiyuki Ikeda will resign as President and CEO of Rigaku effective January 31, 2023, and that Jun Kawakami will be his successor. Rigaku Holdings Corporation, the holding company for the Rigaku Group companies, will also name Mr. Kawakami as President and Group CEO succeeding Mr. Ikeda.

Mr. Ikeda, former CEO of Hitachi High-Tech Science Corporation and later CTO and Managing Director of its parent company Hitachi High-Tech Corporation, joined Rigaku in April 2020 and became President and Group CEO in June 2021, shortly after Carlyle acquired majority stake in Rigaku. Mr. Ikeda, who has led the company in transforming its global organization for accelerated business growth and towards its IPO goal, is stepping down to pursue his longtime interest in philanthropy.

Mr. Kawakami, former President & CEO of Arteria Networks Corporation, successfully led the provider of broadband connectivity and network solutions to an IPO in December 2018. He started his career at Booz, Allen and Hamilton Inc., and later joined General Electric to serve in business development roles for its group companies such as GE Aviation, GE Yokogawa Medical, and GE Healthcare. He was President & CEO of GE Healthcare-Japan before joining Arteria Networks. He is currently a Senior Advisor at Carlyle Japan and has been a board member of Rigaku since March 2021.

Mr. Kawakami commented: “Under the leadership of Mr. Ikeda, Rigaku had record earnings for two consecutive years and strengthened its global organization. I will do my utmost to promote the long-term growth of Rigaku, building upon its successful history.”

Hikaru Shimura, Chairman of Rigaku, commented: “I am delighted that Mr. Kawakami will bring his successful management experience into Rigaku as new Group CEO. I am confident that his leadership will help Rigaku fulfill its global growth ambitions and reach its goal of a successful IPO.”

Takaomi Tomioka, Deputy Head of Carlyle Japan and a board member of Rigaku, commented: “We look forward to working with the management team led by Mr. Kawakami, and are committed to supporting the further growth of Rigaku.”

For inquiries or corrections to Press Releases, please reach out to EIN Presswire.
✕
× Close Ad